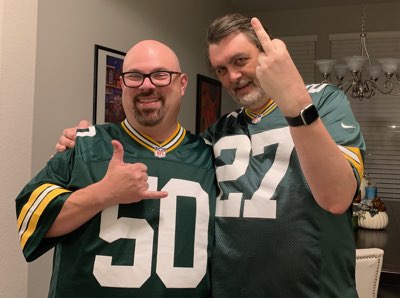 Suck it Cowboys and Bears!

The Green Bay Packers came to Dallas for the first time in six years, I think, and so Hoser and Nancy let me come up to visit. I made assurances to Nancy that I wasn’t up to spread the gospel of divorce, trust me, I’m not a fan nor do I wish it on anyone, unless their spouse is a complete asshole.

Given how greedy Jerry is, we weren’t going to give him a dime by being anywhere near his subsidized empire. He charges $75 just to park there! What a shitbag!

Before the game, I didn’t make it up until Saturday evening due to their plans and I wanted to attend my hockey team’s opener. I could’ve arrived sooner if it weren’t for an accident through downtown Dallas. I thought Austin rubberneckers were bad, Big D’s drivers are even worse. Plus you can always count on delays caused by those delicious Czech stops along I-35 for snacks.

Hoser and I still stayed up to rap, smoking cigars I brought in his new backyard of the now permanent Chez Martinez in the ‘burb of McKinney. You’ll have to get a tour from him, I could never do it justice. This place reminded me of why I want to tear out the carpeting in my house and replace it with more durable, easier to clean flooring like wood, tile or something less disgusting a cat pisses on it.

After brunch at Rudy’s (the menu is different in Dallas than Austin) we hunted down a local joint to watch the game. The one Hoser relied on closed. D’oh! Thankfully, Plano has a sizable ex-pat population of Midwesterners who cheer on Chicago and Green Bay. We caught the tail end of da’ Bears blowing their lead against the Raiders in a game played in the UK via Fox. I managed to come up with a pre-9/11 Dennis Miller quip to razz our mutual Bears-fan-friend Paul, “Hmmm. I haven’t seen any team choke so hard in London since the Luftwaffe.” Classy as always, I received an “F-U” from Paul but I think Hoser’s response of “What’s the Luftwaffe?” was more disturbing. I asked, “They did cover WWII in Puerto Rico? If not, here’s a spoiler alert, we won.”

Beyond the Packers’ crumbling defense in the second half which was rescued by the clock running out, I would say the only other horrible thing we saw was Ellen DeGeneres sitting next war criminal Spurious George, the ex-prez who was selected by SCOTUS for 2000. Goes to show you how wealth trumps morality given the asshole’s record on gay rights in addition to torture and trumped up intelligence costing us over $2 trillion in blood and treasure. Thankfully the Internet is quick to rightfully condemn as this graphic appeared immediately to refute her bullshit excuse this morning: 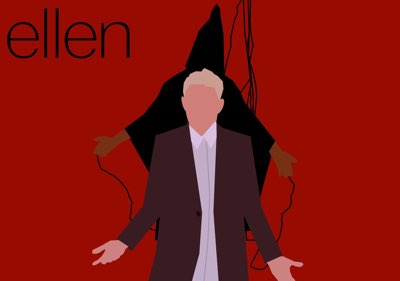 Maybe it will lead to the cancelling of her rather boring yap show. There’s no shortage of that ignorant crap on TV for people over 60.

Overall though, it was a brief yet great weekend to spend with Nancy, Hoser and his dogs whose names I cannot quite remember entirely. The new one below is larger and she’s called Lambeau. The other dog, he’s been around for years, Max! They’re both cool and like all big animals, they think they fit on your lap. 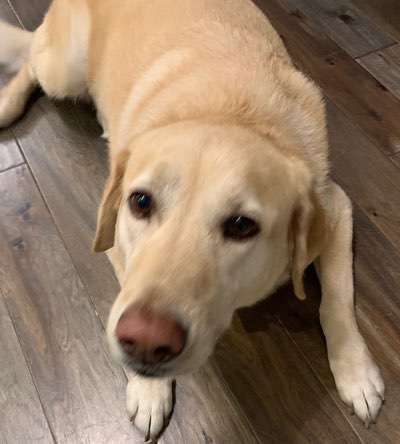 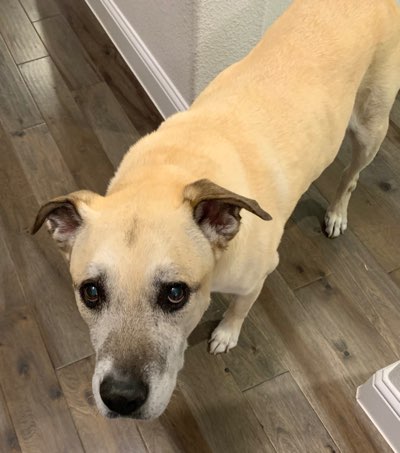