For All Mankind: one season 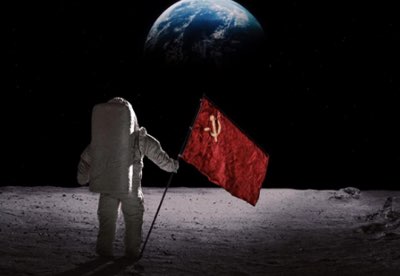 This was the first show I was interested in watching on Apple’s new TV/Movie network and I was also a little apprehensive. Whenever a former Star Trek producer is involved, it’s a warning that the show might be craptacular. Let’s face it, Star Trek from 1987 thru 2004 wasn’t exactly consistent and all four shows could have their multiple seasons winnowed down to 30 good episodes each. Then throw on Mankind being the creation of Ron Moore; his Battlestar Galactica fizzled at the end and was padded with lazy-ass dream sequences.

I can thankfully say I am wrong this time. Mankind is a genuine hit for it has the right amount of Suspense, Drama, Hard Science, some Action and it’s mostly Alternate History. Something to compete with The Man in the High Tower on Amazon and The Handmaid’s Tale on Hulu.

The main premise is about the American space program not crapping out once Neil Armstrong walks on the moon. Instead, America continues the Apollo missions well past 17 (it’s why TMBG named their 1992 album Apollo 18).

The ugly truth for the moon landing in our reality? To make sure the Soviet Union couldn’t test nuclear devices on the lunar surface. What a stupid reason given the logistical nightmare it would be to pull off such a asinine thing. If you know the essentials of the Soviet program which continued until the 1991 collapse, they played a long game via their space station Mir, with probable plans to go to Mars. Today, the Russians continue to manufacture and launch rockets and it’s the only way our astronauts can get to the ISS because every administration keeps screwing up the shuttle’s replacement. If you think I’m making this up, read what real Scientists have to say, it’s where I learned this from. My go to’s? Dr. Phil Plait and Dr. Neil deGrasse-Tyson.

Back to the show…

How does the US keep NASA well funded despite the general public being against the Apollo Program throughout the Sixties and Seventies? The pilot answers this as the title gives it away, “Red Moon.” Yup, the Soviet Union beats Apollo 11 by a month, humiliating NASA, Tricky Dick and the nation. Then to add insult to injury. The Soviets land the first woman on their second try. Events cascade on and into other historical events shifting this reality farther away from ours but you need to pay attention since they tend to fly by in the noise of the larger story arcs. I won’t say what they are, they’d be spoilers. I will say Tricky Dick does get fired up over Soviet accomplishments and doubles down on NASA with getting women astronauts in the program and a permanent lunar base once water is discovered (this was proven in our universe too). I’m guessing it lays down the groundwork to beat the Soviets to Mars in the second season.

What I like about Mankind is its attention to detail. The off-the-record conversations you hear from Tricky Dick are spot on. He was a foul-mouthed, paranoid bastard well before Watergate caught up with him. Many characters are also the actual people involved with the program: Buzz Aldrin, Werner von Braun, Michael Collins, etc. I’m bummed how the ladies from Hidden Figures and Margaret Hamilton are missing. There are other elements going on as this is an ensemble show. A young Mexican girl who shows promise as a future physicist/rocket engineer; the push-pull of Congress; a shitty, inept FBI still chasing non-existent Soviet spies when NASA screws up; the personal lives of the many astronauts and how their careers strain their marriages; the Vietnam War; and all the social changes coming in the Seventies, namely gay people becoming more publicly visible, women wanting equal treatment and minorities building upon their successes in the Sixties.

Again, the biggest McGuffin to Moore’s series is NASA overcoming public opinion with its funding, especially with America’s ongoing problems of civil unrest, poverty, the Vietnam War and the Republicans being against anything resembling a Kennedy legacy. Martin Luther King wasn’t a fan of the space program neither and let’s face it, NASA became a major employer in Dixiecrat Texas, only reason why Johnson continued it. Long-term thinking has never been America’s strength too. It’s why the Chinese will get to Mars well before we’re close to testing a rocket powerful enough to get back to the Moon.

If you love Science Fiction, NASA and the History involved, I highly recommend For All Mankind. It’s also just a well-made show not confined to the constraints of network TV when it comes to an episode’s duration and I will never miss commercials. I can’t wait to see what season two brings: will Mars and beyond be achieved; will the show get to the Eighties and/or Nineties; will the US get other nations onboard to achieve these goals, including the Soviets and Chinese? As the placard left behind by Apollo 11 said, we didn’t land on the Moon to promote America being first or number one, we did it for all mankind.