One of these people is not like the other, c'mon, sing along.

Christmas 2011 has now concluded and I have kicked off my Holiday Shutdown 2011 Vacation (catchier name to follow one day). This time, I made actual plans with an additional road trip to Houston when I return.

As always, Somara and I slept in because we don’t get together at the in-laws’ house until the afternoon; my brother-in-law visits his in-laws during the morning half. While Somara baked cookies and wrapped gifts, I read comic books, prepped some packing or fired off a little correspondence.

This year I was rather stoked over what we got two out of three nephews. Thankfully, they seemed to share my excitement which is tricky since the oldest one, Hunter, has a delayed reaction. Oh, Brian said the box of things went over well for his kids, namely the DVDs (Batman: The Brave & The Bold Season 2) and the comic books (mostly The Simpsons from a few years ago).

Back to the Bridge Faction…

For Hunter, we bought him the Pathfinder Starter Kit which is the contemporary version of a D&D Basic Set. Wyatt was trickier. Anje said he loves to make movies but he’s eight so a book on Martin Scorsese or Kathryn Bigelow would go right over his head. The helpful staff at Terra Toys found a how-to book about making a music video. The best part included a big sheet of green paper to make a CG/Chyron backdrop. Once I explained how it was used for the recent Star Wars movies, Wyatt got it. Cannon received a Playmobil toy from the new Spy Line, a car that can fly and submerge. Only the adults understood my comment about this toy having everything but Barbara Bach. Their parents gave them all an iPad 2 yet our presents did make a dent; we played the intro dungeon to Pathfinder and I helped assemble the car (44 pieces!). Contrary to the past critics of my Dungeonmastering style, Wyatt and Hunter wanted to know when we could play again. The harder sell was finding age-appropriate movies for them to get inspiration on making their own characters. Aaron said The Lord of the Rings trilogy would scare Wyatt. If anybody can recommend a good Fantasy movie an eight-year-old can watch, please tell me. I’ve discounted the D&D movie and cartoon plus I told them the new Conan the Barbarian movie is a dog.

Somara was given cool stuff from her family. The most memorable item was a wheelbarrow. What remained was mostly cooking/baking-related jazz. I gave her an iPad a while back. She agreed it covered her birthday and this Christmas. I may have won it from work but the prize is on our taxes like a bonus.

Me? Sweet stuff. Gifts cards obviously. An autographed hockey stick of the Icebats from a yet-to-be-determined season. Two more shelves for my shoes. A special pair of Chucks…these will be posted when they’re completed by Somara. An Atari shirt. Then there’s gift I gave to myself, a black Stetson hat! Yes, I’m wearing it in the photo above. The biggest surprise was how animated Wyatt became when he saw the box. I thought, this kid definitely has Texas in his DNA if he recognizes the Mercedes Benz of hats.

A cowboy hat? I’ve been living in Austin for well over a decade (practically two) and a stranger once explained their design: it could be an improvised water bowl for the horse…all hats keep the sun of your face. Why a $200 hat though?

The Yankee in me remains strong. I will never by the boots or other accoutrements (unless the shirt is made in the US). I will NEVER take up line dancing…ugh! The hat is probably a sign of my inner hipster trying to get out as per Underworld’s first incarnation; laugh all you want but you can never go wrong when Rupert Hine is the producer. 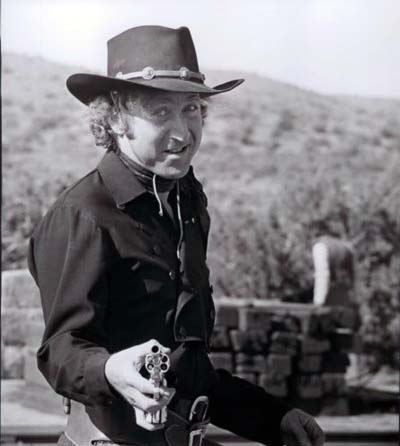 This entry was posted in News. Bookmark the permalink.

One Response to Christmas was pretty decent, now in Chicago