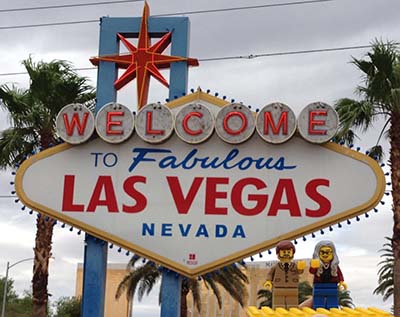 It really ended on the plane ride back Wednesday afternoon, always rough because the take off is at a steeper angle with the mountains causing the craft to shake. The seatbelt light went dark an hour in. Rather odd that the flight home was shorter than the to Vegas. You’d think it would be faster to fly towards Las Vegas since the earth is rotating under the plane to shorten the “distance.” I’m not a pilot or Physicist so I should ask one of them why this happens. I think the short answer is the flight route.

Our cats were thrilled to see us. Austin was hotter than LV too. During out last couple days, Vegas had rain and the temperature dropped 10 degrees Fahrenheit which led to me fighting a sinus infection. A nice trip to ARC to for some help there and it forced me to call in sick on Friday; I felt like someone kicked me in the nose by Thursday afternoon. I’m confident the doctors will give the usual litany of “more fluids,” which they’ve blathered for three years. I just want a steroid shot or something to suppress my immune system a tad; the latter is what allergies are, your body overreacting to the everyday crap in our 21st Century atmosphere. I tend to do better in the desert, less pollen yet there’s more pollution.

Highlights of this trip? I only “lost” a hundred buck of my walking-around money which translates into mostly victories at gambling. How? The money was actually spent on tips and things you can only pay cash for, primarily the Pinball Hall of Fame. I went 1-0 at Football (thank you Packers), no other teams intrigued me and the Cowboys are guaranteed to let you down. Sure the ‘boys won in the end, they didn’t come close to beating the spread. Craps 3-2 while the three victories were substantial. My last game ended as a loss which didn’t bother me beyond this one guy at the end of the table being a complete prick. I have also been putting together my own anecdotal record of seeing Black men getting harassed at the tables. They seem to be playing the game by the rules and not trying to hustle the dealers. I go slowly since people are throwing chips all over yelling their bets. I want to make sure everybody is cool before I roll. Our number, 27, lost again. C’est la vie. Oh yeah, Somara remains the ongoing Video Poker and Mini Golf champ. I think I had one or two so-so victories with equally mediocre amounts; and for the Mini Golf, I got trounced at the KISS course via three holes-in-one she had.

We mostly took it easy in the financially and running around groups. Hard to believe we still consumed half a tank of gas on the rental as well. To my fellow Texans, be grateful for the near $2/gallon here. In LV, it’s well over $3 with it as high as $3.40.

Until next year, I’m just going to post a couple side stories. Everybody, including myself stopped giving a crap about the daily matters.

This entry was posted in News and tagged Las Vegas, Vacation. Bookmark the permalink.