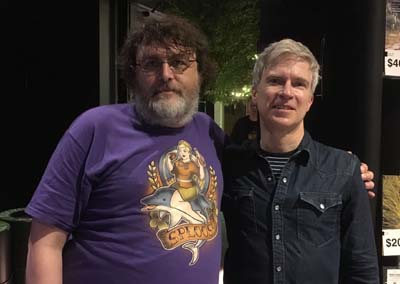 First of many digging out stories and despite this concert being almost two months ago, I still think it’s relevant; bands doing anniversary tours has been a thing lately. For me, if it’s Nada Surf, I’m there because The Stars are Indifferent to Astronomy is a favorite album for the 2010s along with the single “When I Was Young” as something to put on my musical portrait playlist. 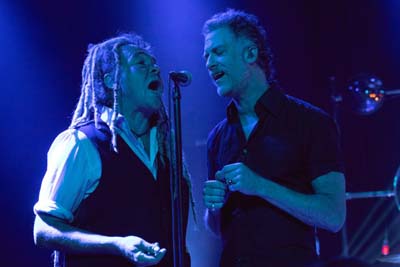 So the band came out and performed all of Let Go in order. Why this particular album though? Well, I think it’s when Nada Surf finally got to express their actual voice and we can thank a smaller label for allowing this. Most people remember them for a novelty song back in 1996 (“Popular”) and I always thought Elektra Records was trying to “discover” another Weezer. Hell, their debut was produced by Ric Ocasek in order to achieve the same result. They did another in 1998 but it probably tanked so they either finished the contract or were released.

During the bridge of “Stalemate,” they inserted two verses from Joy Division’s swansong “Love Will Tear Us Apart,” which did fit very well. Should Nada Surf do another cover album, put it on the short list to do. This was the first time I have ever seen them perform “Popular” too. The years have been kind to it. I did ask Matt why they didn’t perform “When I Was Young,” and he said the song requires part-time member Doug Gillard’s incredible guitar solos (Doug is also a member of Guided By Voices). Fair enough. 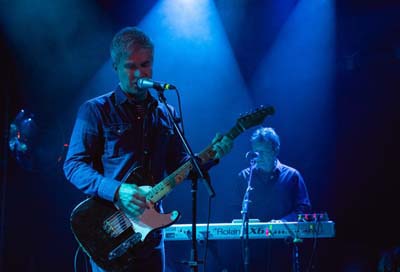 Glad to see Nada Surf continue to move forward after 22 years (officially 24). Maybe my nieces and nephews will check out their music. If they claim to like Nirvana, this is easily superior material since Matt is a better, more reliable writer than St. Cobain.

On to wait for their next original album and there’s a tribute to Let’s Go with Manchester Orchestra, Aimee Mann and Rogue Wave contributing.

This entry was posted in Brushes with Greatness, Concert, Music and tagged Alternative, Aughts, Power Pop. Bookmark the permalink.