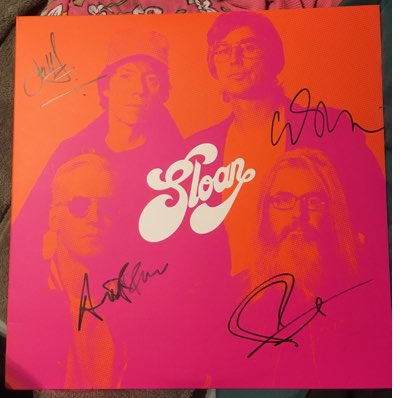 PUBLISHER’S NOTE: This concert took place on September 14, 2018, placing the story into The Lost Tales category amongst many other events. Just letting you know, more overdue Concerts, Movies and cool events are a’ coming!

Sloan is one of Canada’s numerous lesser-known, should-be-more popular Power Pop acts living in the shadow of the overrated, tired and bloated Rush singing about trees, teen isolation in the Seventies and Ayn Rand. 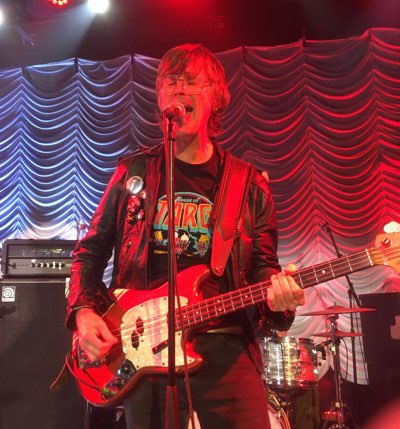 This quartet got their initial debut in the early Nineties when the record labels (remember them?) were running around trying find anyone who sounded remotely like Nirvana, another overrated act as Dave Grohl has proved. The only station I remember playing them was WXRT and just the single “Underwhelmed.” I loved it so I scored their album Smeared when it appeared at this record store in Peoria I would hit during my dreary lunch hours circa 1993. Then they fell off my radar with the move to Austin. Somehow, my new home’s Alt station K-NACK (RIP) wasn’t big on them as they played Green Day and the Offspring to death. 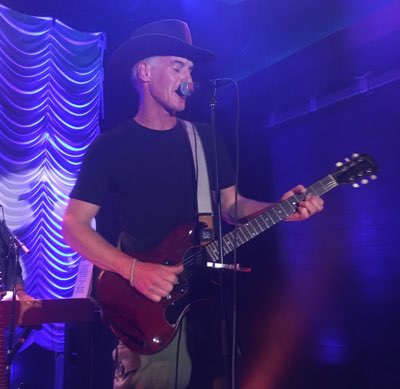 Andrew Scott on vocals/drums but guitar when lead singer

;”>Sloan “returned” to my brain with the acquisition of an unapproved Paul McCartney tribute album. They were in great company on this: The Finn Brothers, They Might Be Giants, Semisonic, Barenaked Ladies and Robyn Hitchcock. As per the general trend, Sloan chose the lesser-known track “Waterfalls” from McCartney II. Afterwards, I have been on top of their releases since the Aughts. I made sure to see them open for JET 15 years ago at Stubb’s. They’ve appeared at least once at ACL Fest but I’d rather stab myself with a butter knife indefinitely before attending that crapfest. 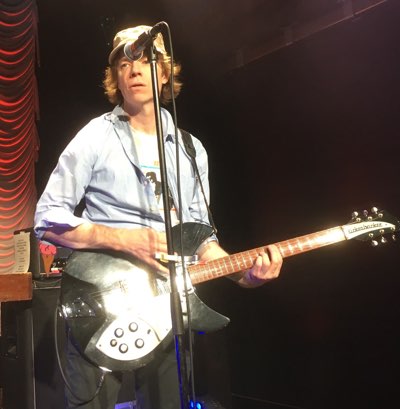 This Fall they came to headline at what is shaping up to Austin’s better mid-size venue, the 3Ten underneath the Moody Theater. They were coming through to promote their latest release 12 which is obviously their twelfth album together (each member has side projects and make guest appearances for others). Sloan also enacted this new trend I have been enjoying lately, NO OPENING ACT, just two sets with a 30-minute break between them.

QUICK ASIDE AND EDITORIAL

I’m of two minds on this though. Some opening acts have impressed me so much I bought their work and return to see them headline:

Others I was looking forward to seeing anyway:

Sadly, there have been some I couldn’t wait for them to get off the stage:

Given it’s a nuisance to drive into downtown Austin and at my age, I just don’t want to be up until 3 AM anymore; I frequently have work or something else the next day. Besides, I am incapable of sleeping in until noon. This trend of starting earlier by cutting out the opener so everything can wrap up at a decent time tends to be a favorable thing.

ASIDE AND EDITORIAL OVER 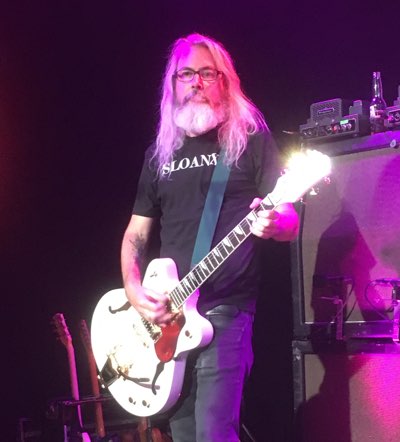 Sloan didn’t disappoint. Not only did they practically blow the lid off the place with their two separate sets, it was a great mix of material from the whole catalog. I think they were pretty impressed with the turnout in Austin too. At the end they said they want to come back to tour for the anniversary of Navy Blues which I think may be their most critically acclaimed album. I don’t care, I’ll see Sloan again to make up for all the times I’ve missed them over a 25-year period.

First set. Between the dashes is when Andrew sings lead.

Here comes the ‘no surprise,’ should Sloan come to your city, area, whatever…see them! On the fence? I’ll make a mixtape based upon these set lists, they represent the band’s evolution as well as their “hits.”

One final anecdote, their touring keyboardist was surprised to see me wearing a Terra Lightfoot shirt. He insisted on taking a picture to notify her (awesome!) and the band members are fans of the Canadian shredder. 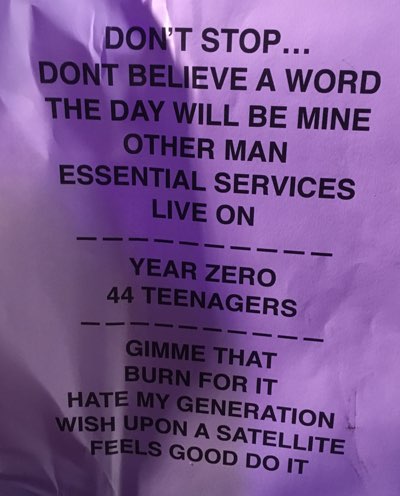