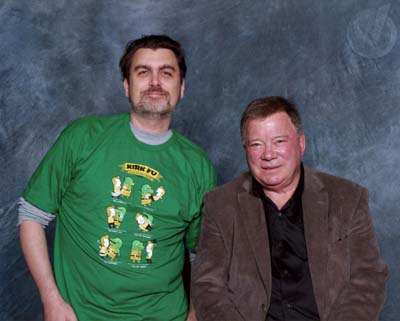 The man, the myth, the legend! Sure people ridicule him but he is laughing all the way to the bank and having the time of his life. I personally think Shatner enjoys the work, especially after he was typecast by Star Trek like all his co-stars and things were tough.

It was a thrill to finally see Shatner in person. I’ve been a fan of Star Trek ever since I was a kid in the late Seventies. I can thank Star Wars for fueling it because that hit movie fueled all the demand for more Sci-Fi/Space Opera and Shatner’s signature role was syndicated practically on every channel up through the late Eighties. As I’ve grown older, he has been a role model/reminder about not giving up, telling your critics to get lost, failure is better than being an armchair quarterback. 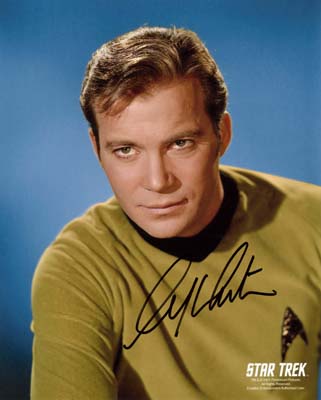 One of my most prized autographs!

I had the great fortune of acquiring two special tickets which is why I received a second autograph/facetime opportunity (more on this later). Saturday was the bigger day see him anyway. During my brief window, I thanked Shatner for his small part in fighting American racism through this incident on Star Trek. I only hope I get to do the same opportunity to share my thanks with Nichelle Nichols, she endured more grief over it if you read the linked article.

Our tenth wedding anniversary gift! A picture with a shared favorite!

Two captains down, three to go and I got to meet the actor who laid down the standard.

This entry was posted in Brushes with Greatness and tagged Autographs, Science Fiction, Star Trek. Bookmark the permalink.