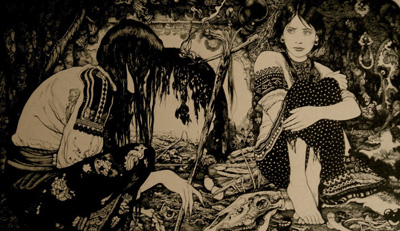 The picture above is a representation of my ongoing illness, not what a doctor visit is like. That would be something showing efficiency.

It was a stroke of luck he could see me a day sooner than planned. Lately, the medication he had me on was making me all agitated in a physical sense. Interacting with me was adequate, no angry outburst yet you’d think I was sitting on a hot plate. Just couldn’t sit still which isn’t helpful when I’m trying to get well. Gotta’ love the ol’ Psych 101 Fight or Flight lesson we all learned. Living it is another and I have to tell you…it sucks.

First, the bad news. Whatever I had been on would have a half-life of a couple more days once I stopped it cold turkey. So he had no immediate panacea beyond “tough it out.” Argh! Yet if I were a celebrity I bet I could have a bottle of Xanax instantly.

The good news, which there’s more thankfully. The doctor switched me to something which will attack what ails me by the traditional means. I feel like a guinea pig GSK, Otsuka and the others should be reimbursing me given the additional trials I’m doing despite their claims of success. I got to take it before bed, it makes you drowsy which changes the routine of first thing in the morning. What else? It seems his prediction on the bad meds working their way out has been mostly true. Mostly. Mostly in I have the Fight or Flight suppressed through exertion. I’m hoping tomorrow I won’t have to make any effort, you know, like in the good ol’ days.

I want to close with a big thank you for all of you supporting me. It has been a rough year. I think 2016 will be a year of serious healing and changes for the better. I couldn’t haven done it without your good wishes, invitations kind words.

This entry was posted in Health, News. Bookmark the permalink.

One Response to Saw the doctor yesterday, episode late May