Here’s the loot was gave out, part one

This year is a quick gallery of the gifts the Maggi Republic sent out to our friends’ kids. One thing I was hellbent about in 2014 was not giving money or generic gift cards, namely to the offspring we have closer ties to via their parents, biology or marriage. I’ll kick off with Nelson’s three sons, his daughter Ariana will come later because her stuff has yet to arrive per se. Then comes Sonia’s children who are a little trickier thanks to luggage restraints. So what did I shoot for? Things that’ll last. Gifts with a more personal element to them. I don’t need to receive ongoing thanks but I don’t want to be perceived as some kind of remote ATM who knows little about their interests. 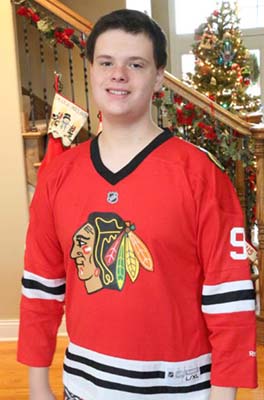 Nic wears it well for a team I disdain. 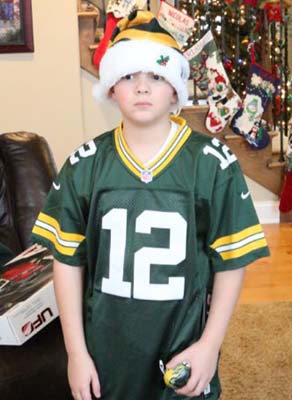 Lucas may receive jeers from fans of a certain 5-10 team but this is what he wanted. 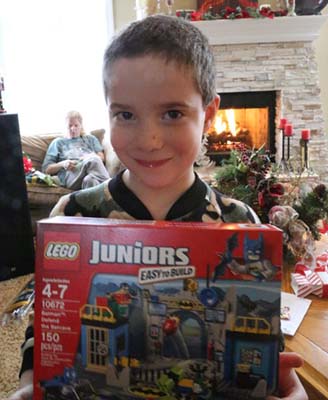 Can’t go wrong with Legos and Batman as Marcus demonstrates. 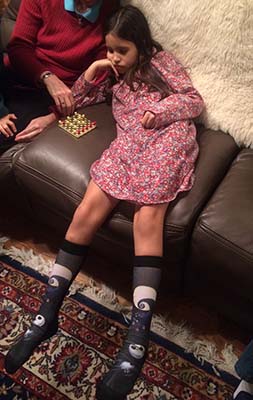 I totally agree that anything you can label a necessity is a gift but goofy socks was the compromise for Julia. 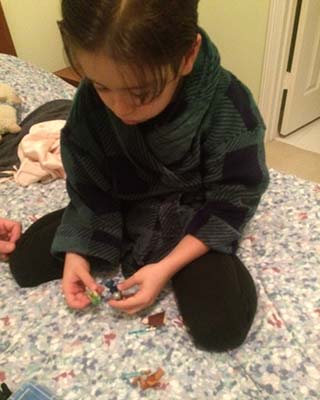 Lucas here made out better than Julia with these Star Wars minifigs. I followed up with a short story for three of them.

I do want to follow about Julia’s socks. I’m one of the first people who would say these were a lousy gift. However, her mother (Sonia) and I discussed what was feasible in the return luggage (international flights aren’t cheap with baggage). The other concession I did manage was getting something more unique and whacky. I lucked out via Hot Topic, scored three pairs: Harry Potter, The Nightmare Before Christmas and Batgirl. I doubt at least one isn’t known in Switzerland. I also wrote an e-mail to Julia letting her know that I’ll make it up to her when she visits me in Austin in the near future. Maybe when I get my useless Vegas-driven ass in gear and visit Basel, I can take something in my luggage to give Julia in person.

This entry was posted in Pictures and tagged Austin Friend, Gifts, Marquette Friend. Bookmark the permalink.