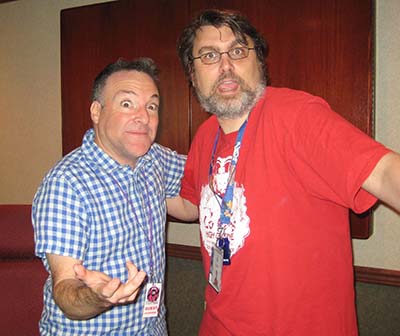 This Holiday Season I’m closing out all the Brushes with Greatness I procrastinated about and boy howdy there’s a slew, one that’s a couple years behind that I have no excuse to putting off.

I will start with this gentleman because we have the same birthday and he wished it to me via the autograph from Invader Con 3. 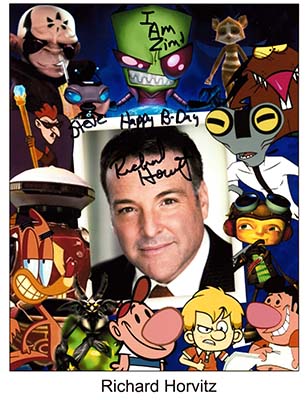 As you can see from his autographed photo, he is the voice behind numerous cartoon and video game characters you may recognize. Currently I would say the Skylanders game is his most recent gig, maybe some Ben 10 episodes. Invader Zim wouldn’t be the same without Richard’s voice nor Billy.

He was a hoot during the Q&A. Making up songs on his ukulele and covering Herman’s Hermits to quell a crying baby. Richard brought up one of the key requirements I’ve never really heard from other voice actors. You need to be a decent actor first, anyone can do goofy voices, it’s why DJs don’t make the cut. I think Richard’s stronger stage and singing background helped immensely.